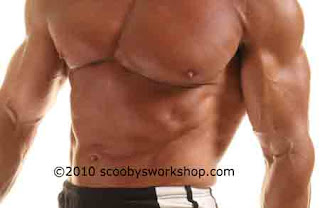 The most common reason for failure to lose weight is not what you think! Recently I experienced this first hand thru a simple calculation mistake.

When people get psyched up to start a diet, lack of motivation is NOT a problem. The problem in fact is the opposite, they are TOO ambitious and TOO excited. By the time most people get on a plan, they are willing to do anything to lose that excess weight and lose it fast. Many people read a book or use a website like mine which plans the meals for you. So far, so good. They go for a day or two and feel great, they are not hungry and they are psyched. They then step on the scale and are disappointed that they are not losing weight faster (unrealistic expectations again!) so they decide that they will eat less. Everybody ‘knows’ that diets mean hunger and since they are not hungry, that must be the reason they are not losing weight as fast as they want. So they eat less than their book or meal plan suggests, and it works for a very, very short time. Then they get really hungry. Being hungry isnt dangerous if there is nothing good to eat around but most people have at least a dozen tempting situations a day. Eventually their hunger gets the best of them, they have one chip, and its all over – binge-fest. Any progress they had made is wiped out in a single binge session and they are left feeling worse about themselves than when they started. What went wrong? Not their motivation or their willpower, they had plenty of both. Not their plan, they had a good plan. They were just too ambitious and impatient and didnt follow the plan they had laid out for themselves and it caused their bodies survival instincts to kick in.
So, how is it that I discovered this first hand? I certainly dont seem like the type who this would happen to and I’m not. I discovered this by accident. The second time I did carb cycling and was using my meal planner, I accidentally input the wrong information. I entered that my exercise level was 3-5hrs a week and not the 7-21hours a week that I actually do. With my activity level incorrectly entered, the meals designed were not adequate. The first day was fine, I felt really good. On day two, oh my god, what a disaster. I got really hungry after the second meal and for me, hunger is a very, very bad thing. My only nutritional defense is to insure that I keep myself feeling satisfied and full with healthy foods 24/7 because when I get HUNGRY, its all over – I can be a hoover vacuum cleaner. I started browsing around the kitchen looking for trouble and I found it, a jar of peanut butter that we use to bait rat-traps. I was so desperate that I mixed rat-trap peanut butter with sugar for the humming bird feeders and ate it – and I DIDNT spit it out! How low can Scooby stoop? Thats pretty low! There you have it, a true confession. After day 2 of the carb cycling I blew it big time, it was only when I was licking the last of the peanut butter off my chops that I started thinking about how odd it was that I got so hungry because the first time I did carb cycling using my meal planner, I was never hungry. It was then that I looked at my print outs and saw my glaring error, by entering the incorrect activity level, each meal was 100 calories too small! The carb cycling meal planner is very precise and cuts things to the optimal caloric levels, eating less will not provide better results as my little mistake showed! I then calculated my meal size properly and did 2 weeks of carb cycling to drop my bodyfat down to 6% without ever feeling hungry.
The moral of the story is that eating less is not always better when you are trying to reduce bodyfat. There is an optimal amount of calories required and eating less than that will either result in muscle being burned, binging, or both.
previousGood snacks to lose fat and gain muscle
nextP90X Extreme Home Fitness DVD Review